5 things to know about digital consumers in Latin America

Latin America is becoming one of the most digital audiences in the world. In the past years and boosted up for the pandemic, the internet adoption in this region has had massive growth. In 2022, internet penetration in Latin America is currently at 75.6%. According to Internet World Stats, this is 10 points above the world average. In addition to adoption, there is consumption. In countries such as México, Colombia, and Argentina, people have signed up for a new streaming service, upgraded their internet package, or got new smartphones (Facebook’s Report on Internet Video Behavior and Consumption in Latin America).

So, why is this happening? How do they behave? Which channels do they use? How different is the consumption per generation? We have prepared a list of five things we know about the Latin American audience to answer your questions. If your prospects or clients are located in this region, keep reading, and taking notes because this will surely help you understand the Latin American consumers’ online behavior. Let’s begin!

According to Comscore’s study on digital consumption in South America (2022), there are two major findings that stand out: streaming services and podcasts.
The study covers Paraguay, Uruguay, Argentina, Chile, and Ecuador and highlights that more than 70% of the people interviewed have a television connected to the Internet or a streaming device, having YouTube, Netflix, Flow, and Amazon Prime Video as the most used services.
Besides this, a third of Latin Americans own a tablet, and 35% a video game console, these results present an omnichannel and multi-screen consumer who wants and can be impacted simultaneously. And, if we count the hours spent navigating, one out of five people say they spend 14 hours or more a week watching TV, and nearly a quarter spend more than 14 hours a week streaming content.
The second highlight of the study is podcasts and the increase in their consumption in the region has been remarkable. Half of those surveyed say they listen to podcasts and a similar proportion spends at least 3 hours a week listening to them. And what do they listen to? The most chosen podcast topics are music, education, television, cinema, and technology.

How does every generation behave in digital environments? Llorente y Cuenca presented the Generational study of habits and consumption in LATAM 2022. A report in which more than 600,000 thousand data were analyzed in countries like Mexico, Colombia, Argentina, and Brazil and we gathered some of the most important insights per each group of audience.

Gen Z consumers spend a large part of their time on the internet in spaces that allow them to interact with their close ones. They were the first big promoters of Tik Tok and Twitch in the entire region, and both of them plus Spotify keep being their most-used platform in all countries.

On the other hand, although e-commerce is the favorite purchase method for this generation, for Brazilian and Mexican centennials, the return to normality meant a return to physical purchases, also boosting local-made product consumption. Meanwhile, Colombian centennials show a slight but greater preference for e-commerce in 2021, showing a high level of confidence in digital commerce.

This is the largest economically active population in the region and the pandemic brought many challenges for which they were not prepared.

Millennials are practically present on the internet all day long; from the habitual existence in social networks to the increase in remote work and the growing demand to know what is happening day by day, minute by minute, millennials have generated excessive connection behaviors.

They also have been forced to become an informed and measured generation when navigating, and prioritizing platforms that will help them create communities related to their professional interests and save their privacy and data protection such as LinkedIn and Telegram. These two have become their favorite channels due to the ability to create spaces where they can conjugate their personal and work life.

The Latin Gen Xers stand out for being highly motivated by everything that evokes tradition and stability. However, they seek to adapt to avoid being left out of the daily existence between family, friends, and even work.

Gen Xers are connecting more frequently, at times less and less diurnal. They prioritize fixed devices by their regular use in work life and for being considered best in performance at offering more speed and better graphics by the size of the screens, which means a better user experience.

Regarding channels, Telegram, Medium, Pinterest, and Soundcloud are the platforms on the top of their preferences. And chats and social networks are the digital environments where they have created and rediscovered communities to keep up to date and maintain relationships, especially with younger generations.

For Latin baby boomers, a digital experience is an option they can live without; however, they do not ignore it’s a current and increasingly common way of shortening communication, despite needing constant help from younger people to adopt the technology more efficiently.

These consumers prefer platforms or social media apps with chat due to their high-speed delivery. These platforms are also conceived as their primary means of communication and contact with the world, even though they mean a significant challenge.

Consumers in Latin America (and worldwide) are on all platforms simultaneously, and so is the content. In Latin America, even though each country behaves differently, they’re all on the same path of multiplatform experiences for users. Comscore released an update of the multiplatform universe in Latin America, showing how countries like Colombia, Argentina, Brazil, and Chile access the internet via desktop and mobile platforms.

This trend is spreading in countries such as Perú and Colombia, whose population is rapidly acquiring new ways and devices of consuming information online.

4. Main reasons why using the internet

In general terms, e-commerce, news, and entertainment are the macro trends leading to digital consumption in Latin America.
According to Americas Market Intelligence (AMI) forecasts, there will be an annual growth of 31% for e-commerce until 2024, when the market reaches a volume of about US$611 billion. But where do Latin American people buy online? Mercado Libre is the most important marketplace, with 667.7 million monthly visits. The second most important is Amazon, followed by other retail companies and marketplaces such as Amaricanas, Dafiti, and Falabella.
Latin American users are also big news consumers. According to the Report on Digital News 2021 of the Reuters Institute, in Latin America, around 83% and 87% of Internet users read news through the internet, and, in turn, between 45% and 52% of the same users share the news they read. Facebook and WhatsApp are the main channels where they consume and share the news with others.
And finally, entertainment. Bringing back Facebook’s Report on Internet Video Behavior and Consumption in Latin America, there’s a top-five of most consumed topics in Latin consumers: series / TV shows, movies, music, courses, recipes, and cooking.

According to Facebook (currently Meta), watching videos has been the most drastic change in users’ daily routines in Latin America. And despite the fact that the use of other media within the home has increased in the last year, 77% of them continue to prefer the smartphone as the device for video consumption.

For Latin Americans, the types of video content they consume the most are:

In addition, the practice has shown that video ads have higher engagement and the best return rate. According to Biteable, YouTube has the highest return on investment in video content (35%), followed by Facebook (26%) and Instagram (18%). These reasons place video as the top content format for creators and businesses nowadays.

By now, you have learned about the state of digital consumption in Latin America, channels, generations, formats, and trends.
If your business is looking for the right partner to enter the Latin American audience, Room4 Media is here to guide you throughout this journey. We have the experience of creating innovative strategies, bilingual talent, and the knowledge of the Latin American audience. Our process is to team up with your company: First, we run an audit to review the current communication strategies of your brand. Then, we strategize an action plan to conquer the Latin American audience.
Are you ready to expand in the region?Room4 Media is here to help you get to where you want. Contact us and discover all our marketing & advertising services, creative production outsourcing, and more. 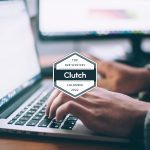 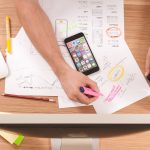 Content Distribution Explained: What is it, and How it worksContent Marketing